We Are Flying Blind… No Reliable Data!

Here is a summary of this thoughtful piece for your consideration:

Given the limited testing to date, some deaths and probably the vast majority of infections due to SARS-CoV-2 are being missed. We don’t know if we are failing to capture infections by a factor of three or 300.

We need data to inform us about the rationale of any future action and the chances of landing somewhere safe. The only way to know, is to test a random sample of individuals in every major location around the country.

Patients who have been tested for SARS-CoV-2 are disproportionately those with severe symptoms and bad outcomes. The worldwide data suggest mortality rates ranging from 0.7% to 7%. This is likely dependent on who and when someone is tested (only if admitted to hospital vs drive by testing), and availability of resources.

In fact, such “mild” coronaviruses infect tens of millions of people every year, and account for 3% to 11% of those hospitalized in the U.S. with lower respiratory infections each winter.

Projecting the Diamond Princess mortality rate onto the age structure of the U.S. population, the death rate among people infected with Covid-19 would be 0.125%. But since this estimate is based on extremely thin data — there were just seven deaths among the 700 infected passengers and crew — the real death rate could stretch from five times lower (0.025%) to five times higher (0.625%). It is also possible that some of the passengers who were infected might die later, and that tourists may have different frequencies of chronic diseases — a risk factor for worse outcomes with SARS-CoV-2 infection — than the general population. Adding these extra sources of uncertainty, reasonable estimates for the case fatality ratio in the general U.S. population vary from 0.05% to 1%.

If we assume that case fatality rate among individuals infected by SARS-CoV-2 is 0.3% in the general population — a mid-range guess from my Diamond Princess analysis — and that 1% of the U.S. population gets infected (about 3.3 million people), this would translate to about 10,000 deaths. This sounds like a huge number, but it is buried within the noise of the estimate of deaths from “influenza-like illness.”

Yet, if the health system does become overwhelmed, the majority of the extra deaths may not be due to coronavirus but to other common diseases and conditions such as heart attacks, strokes, trauma, bleeding, and the like that are not adequately treated. If the level of the epidemic does overwhelm the health system and extreme measures have only modest effectiveness, then flattening the curve may make things worse: Instead of being overwhelmed during a short, acute phase, the health system will remain overwhelmed for a more protracted period. That’s another reason we need data about the exact level of the epidemic activity.

One of the bottom lines is that we don’t know how long social distancing measures and lockdowns can be maintained without major consequences to the economy, society, and mental health. Unpredictable evolutions may ensue, including financial crisis, unrest, civil strife, war, and a meltdown of the social fabric.

At a minimum, we need unbiased prevalence and incidence data for the evolving infectious load to guide decision-making, and we need these assessments done as rapidly as possible.

John P.A. Ioannidis is professor of medicine, of epidemiology and population health, of biomedical data science, and of statistics at Stanford University and co-director of Stanford’s Meta-Research Innovation Center. 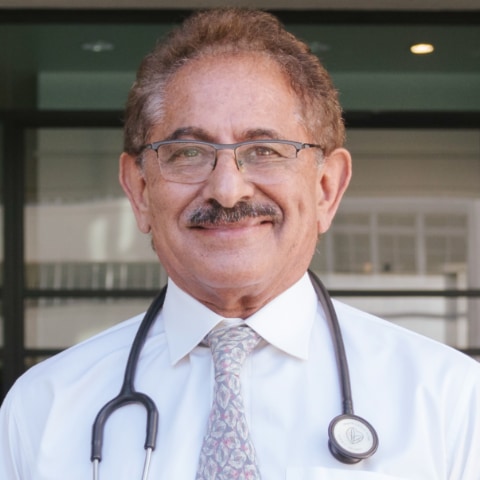 Dr. Herskowitz’s extensive training includes a medical degree from The Albert Einstein College of Medicine, residencies in Anatomic Pathology and Internal Medicine, and Fellowship training in Cardiology at The Johns Hopkins Medical Center. During his 12 years at Johns Hopkins, he became Associate Professor of Medicine and Immunology and Molecular Microbiology and led a research team in the study of molecular and immunological mechanisms of inflammation, autoimmunity, ischemia, heart transplantation rejection and congestive heart failure.

Dr. Herskowitz’s latest academic appointment was as Clinical Professor of Medicine at UC San Francisco. To learn more about Dr. Herskowitz, you can read it bio here.