We offer a wide variety of IV therapies to help you address deficiencies, optimize the immune system, and work to enhance natural function for a more targeted and comprehensive approach to health and anti-aging.

Some of our therapies are not FDA approved. During your personal consultation the benefits and risks for any therapies recommended for you will be reviewed at that time.

The use of IV Therapy represents the concept of introducing nutritional components such as vitamins, minerals, amino acids, anti-oxidants, and other compounds into the circulatory system via intravenous infusion. 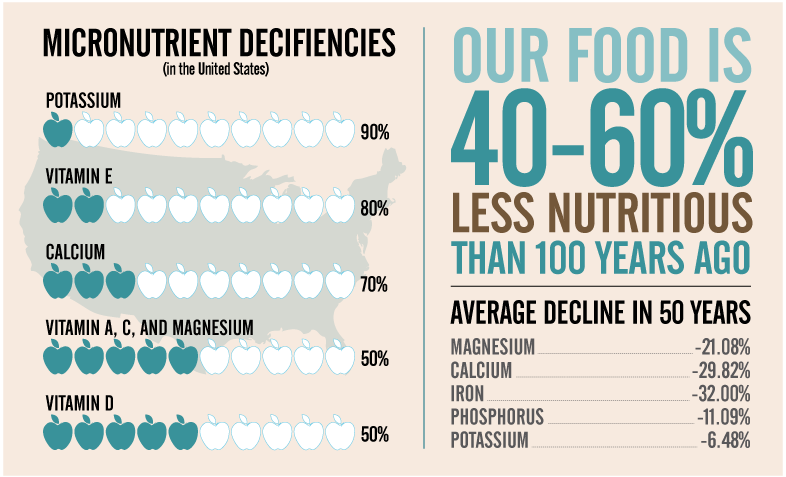 Essential nutrition such as B vitamins, magnesium, glutathione and more, are depleted in our food and the soil to which our food is grown; yet are responsible for thousands and thousands of processes in the body. Replenishing these vital components allow for efficiency upgrades at a cellular level effecting foundational cellular pieces such as cell membrane, mitochondria, ATP production, RNA, DNA, etc., and furthermore help to boost the immune system and repair natural exposure or damage through things such as free radicals, the sun, athletic performance, injury, and medications or substance abuse. These boosts also simultaneously help the body to fight pathogenic invaders such as viruses, bacteria, yeast, and fungus.

The circulatory system is responsible for delivering oxygen and nutrition through the body. Hence, low circulation or low levels of nutrition and oxygen deprive the body of essential building blocks required to not only live healthy, but to prevent and fight disease. Every day we are bombarded with variables that may make it difficult to consume proper nutrition; making IV therapy a great resource and method to maintaining or regaining health.

Even for those of us who make huge efforts to be active and healthy though lifestyle and diet, some are:

This means that even if you are not sick or low in energy, you can use Nutritional IV Therapy as an anti-aging approach. Many of the ingredients in IV Therapy help diminish the natural breakdown and depletion we all face as we age.

IV Therapy bypasses the gut for a much faster and more efficient absorption and assimilation into tissue and cells. The circulatory system thereby more directly carries the IV nutrition throughout the body and into tissues and organs.

Nutritional IV Therapy is easy and safe to administer. We always evaluate each of our patients and do proper testing to determine which IV ingredients would best serve you and your health care needs and health goals. Whether looking to continue on as an active athletic type or worried your health has taken a turn for the worse, Nutritional IV Therapy may be a great option for you.

The Nutritive IV contains antioxidants and anti-inflammatory agents which work to help:

Our Nutritive formula helps to alleviate conditions such as:

Our IV Programs are especially effective featured in our plans for:

Provides the building blocks for protein synthesis, which promotes wound healing and reduces the rate of protein breakdown in the body. This IV can be used for patients requiring short-term nutritional therapy who cannot receive adequate nutrients through diet. By providing an outside source of protein, patients can maintain or gain weight. This IV is typically indicated for individuals with significant unintentional weight loss resulting from cancer, impaired gastrointestinal absorption or other causes.

NAD+ plays a crucial role in the cellular metabolism. Without taking you too far back to high school chemistry class, NAD+ helps to transfer energy from the foods you eat into usable cellular energy called ATP. All cells need ATP energy to function at optimum capacity. ATP is fuel for the body, especially heart and skeletal muscle and brain function.

By the way… NADH is also known as “CoEnzyme 1” and is necessary to convert CoEnzyme Q10 into an antioxidant. Taking CoQ supplements without adequate NADH misses the full potential of CoQ.

The enzymes that catalyze energy production as well as the mitochondria itself can be damaged by numerous toxins that cause oxidative or free radical damage, including cigarette smoke, drugs, electromagnetic waves from cell phones and wi-fi, and a plethora of chemicals including pthalates, parabens, pesticides, benzene, styrene, toluene, and more.

The bottom line is that NAD+ levels within the body gradually decrease as we age. The result? Less efficient metabolism on a cellular level. Decreased NAD+ levels can have a devastating effect on all areas of the body and contributes to the common telltale signs of aging, such as:

NAD+ in a nutshell:

What if there was a way to get a compound that could turn back time, restore energy, improve athletic performance, bring back clarity of thought, reverse depression, and help cure cravings for alcohol and drugs even in the most addicted individuals into your system most efficiently?

NAD+ IVs have been used since the 1960s to help individuals detoxify from alcohol and opioid dependencies. Compelling research has shown that supplementing with NAD+ may help you withdraw from addictive substances safely, overcome anxiety and depression, handle acute and chronic stress more effectively, and cope better with PTSD.

And NAD+ may actually prolong life, protect DNA, slow down aging and help restore function in neurodegenerative illness due to its effects on the genes that govern aging.

This IV aims to undo that process by replenishing NAD+. Using IV infusion therapy we administer this anti-aging compound directly into your blood circulation so your cells have access to as much as they need.

Optimally, consecutive days of NAD+ therapy combined other tailored therapies are recommended for more robust effect. Treatment is tailored to your individual needs after a detailed consultation.

The human brain is nearly 60 percent fat. We’ve learned in recent years that fatty acids are among the most crucial molecules that determine your brain’s integrity and ability to perform.

A fatty tissue called the myelin sheath protects nerve cells. This sheath is much like insulation around an electrical wire. Neurological diseases occur when this protective myelin sheath is damaged and nerve cells are exposed and malfunctioning, or not communicating the way they should.

Healthy fat is essential in keeping our brain and nervous system functioning well not only now, but as we age. Eating essential fatty acids and omega fats is crucial in assisting in the natural repair functions for nearly every one of us, and especially those patients with neurological conditions such as MS, ALS, and Parkinson’s.

Fat is also an essential component to improving cellular uptake of other nutrients as well as detox cells of unwanted substances.

Phosphatidylcholines (PC) are a class of phospholipids (lipid = fatty acid), which are incorporated into cell membranes, and improves its integrity and serves to improve the transport of nutrients and export toxins across the cell membrane. It is also a precursor to acetylcholine, a major neurotransmitter, via its intermediary choline.

The “PK Protocol” named after originator Patricia Kane PhD, involves IV push of lower doses of stabilized PC known as Essentiale–N, and this is something what we provide at our clinic.

Essentiale-N has been applied clinically for neurodetoxification and neurodegenerative disorders such as Parkinson’s, MS, and ALS, as well as Lymes, CFIDS, fibromyalgia, autism, hepatitis, and mood disorders.

Yet on another level, Essentiale-N can also be given as a “precursor” to any other nutrient IVs in order to help the cellular absorption of those specific nutrients such as Vitamin C, minerals, curcumin, and B vitamins.

Used as an anti-aging strategy, this potent substance can slow down the degenerative process on many levels and keep our most precious assets, our brains and nerves, from degrading and leading to unwanted devastating disorders. Consider Essentiale-N as one of your regular IV choices for anti-aging.

Glutathione is one of the most abundant anti-oxidants in the body. We want to make ample amounts, but as we age and become exposed to poor diet, chronic disease, infections, external stressor, and toxins, it is likely our natural glutathione levels decrease. Yet, we need it — it is vitally important to our body’s ability to manage oxidative stress among other things. Glutathione is naturally found in foods like broccoli, avocado, okra, asparagus, melon, kale, and sweet potatoes.

Glutathione is especially known to support immune function as well as brain function. Patients with Parkinson’s show depleted levels of Glutathione and also show improvement in their symptoms and cognition when they take Glutathione. As an anti-oxidant it can reduce free radical and heavy metal damage in the body.

Glutathione is not simple to manufacture in a good bioavailable form. Many oral supplements on the market do not deliver enough glutathione to be effective unless the Glutathione is encapsulated in lipids or fat – allowing it to permeate the cell membrane. Administered, as an IV treatment becomes the top way to deliver highly absorbed, significant doses. Given after ozone IV treatment it can be especially productive since the two have a synergistic and balancing effect.

We often follow Glutathione IV with N-Acetyl Cysteine (NAC), an amino acid, which takes the process a step further, allowing the effects of Glutathione to be active for up to, an additional 12 hours. Amino acids in general are crucial to the production of Glutathione and are important to consider when trying to increase Glutathione levels.

Glutathione is also known to “open up” Phase II detox pathways in the liver. Essential to our existence, is the ability to process and eliminate unwanted substances from the body – the liver is one of the body’s main elimination organs.

Research suggests that Glutathione plays a role in metabolizing alcohol and may protect the liver and kidneys by breaking down foreign substances such as drugs like acetaminophen into soluble forms more easily excreted.

I just wanted to thank you, without your IV treatments and the loving care of those in your office, I doubt I would have made it through the mold reinfection, nor would I be making such a dramatic recovery. So from the bottom of my heart, thank you to you and all there!